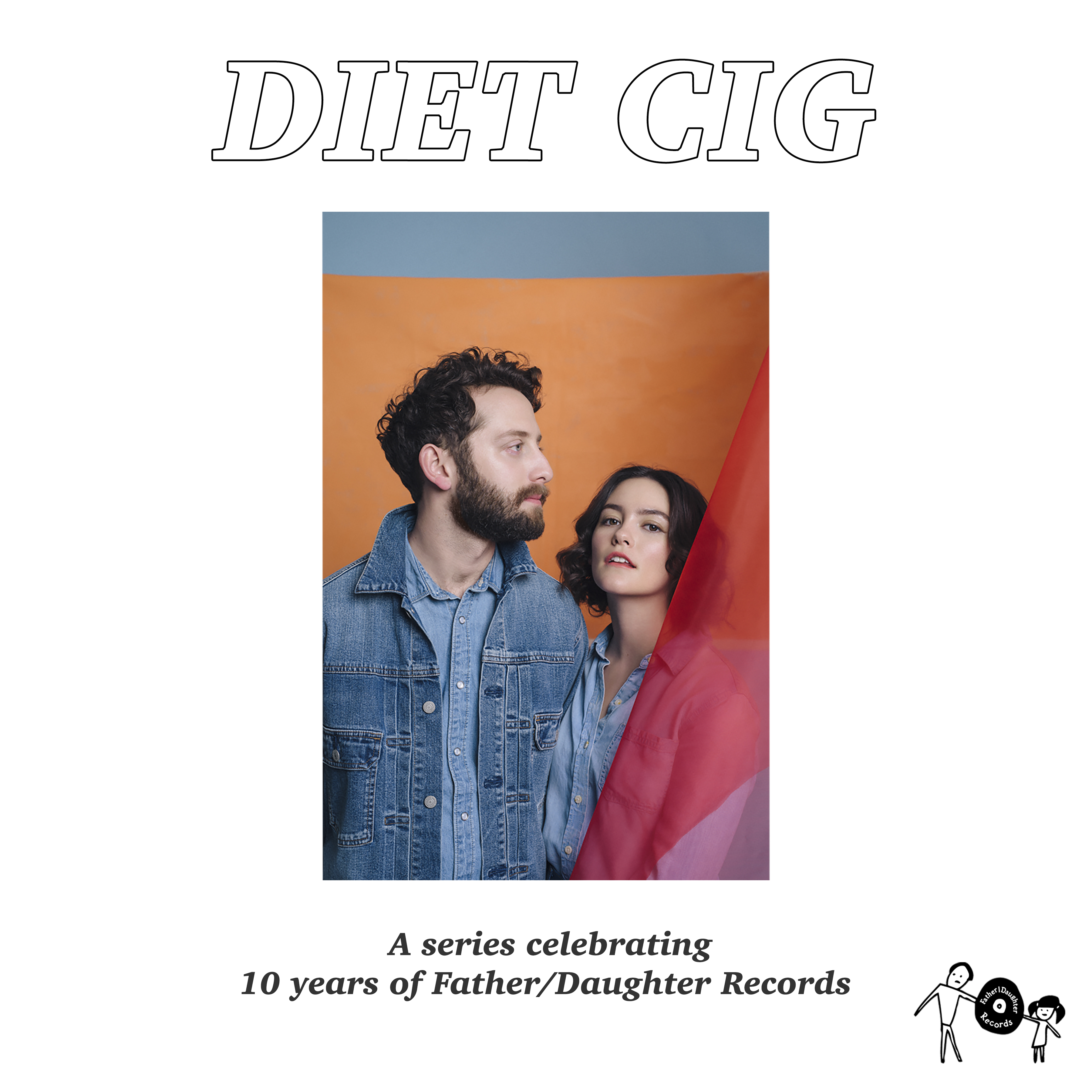 Alex Luciano: I think the first release that clued us into F/D was the Rivergazer - Random Nostalgia album, It was such a favorite of ours and our friend group in 2014, it came out right when DC was just a little idea in our heads. We began working with F/D when our pal Dean Engle from the band QUARTERBACKS sent the freshly recorded Over Easy EP to Jessi and they were just as stoked about it as we were! I couldn’t believe we were going to be able to release a physical cassette of the songs! It was so exciting and such a privilege to get to work with Jessi right off the bat in our career. I was so new to being in a band and it all felt so surreal. It still does! I cherish the moment I first held that little pink cassette in my hands, it’s so cheesy but I just could not believe our music was made into something I could hold.

AL: Noah and I met at a house show his other band Earl Boykins was playing in New Paltz where I was going to school. We chatted about making a music video because I was a digital media production student at the time. We started hanging out after that, I would go take videos of Earl Boykins at shows and eventually we started trying out playing some songs together!

AL: We were really inspired by the catchy, poignant songwriting of bands like Best Coast, Frankie Cosmos, Radiator Hospital, and P.S. Elliot. We liked the earnest lyrics and upbeat, dancey punk vibe of bands like this and wanted to make songs that were emotional but also made people wanna dance in a basement.

AL: Awww it was such a nice time! We did it on Halloween at our friend—and now longtime collaborator— Chris’ studio, Salvation Recording Co. It was recorded in one day and it really felt like we just did it on a whim. Everyone was stoked but I was SO nervous about tracking vocals. It was the first time for me and I remember not being able to figure out the timing on Breathless and Chris just being like “dude, this is your song, sing it however you sing it. If it’s not perfectly in time with the rest that’s fine because that’s how you sing it” and that felt like a revelation. Diet Cig could be whatever we wanted it to be and however we recorded it or played it live was the correct way because that’s how we did it! I also remember Chris and Noah spending a lot of time trying to get snare sound perfect for Scene Sick and in the end they duct taped a sneaker to it to damper it the right amount lol. I know there’s a picture of it somewhere… There were so many sweet memories of that time though, it was truly such a warm environment to make songs. I remember staying up late to make celebratory burritos, I think late night cooking and communal kitchen time is a very important and special staple of recording at Salvation and we had a lot of that while recording Over Easy.

F/D: If you could add one song to over easy, what would you want it to be about?

AL: Okay this is so corny but I truly wouldn’t add any song to Over Easy, it’s such a treasured piece of history for us as a band and also makes me so nostalgic as a person and I just feel like it’s so pure??? Like we had no idea anyone would listen to it!! I feel like we’ve grown so much as a band that we would just ruin it if we tried to add a song to it haha.

AL: OMG so many!!! We both are such fans of a ton of F/D releases, here’s 5 that have been on heavy rotation for us throughout the years:

Crush On Me - Sir Babygirl

Stranger to the Pain - Pllush

AL: We’ve gotten to release two full length albums, two more singles, and lots of videos! We’ve toured to so many places in the world I never thought I’d even get to visit, let alone TOUR to!! Releasing this EP with F/D truly kickstarted our entire music career and we’ve been able to truly follow the dream of performing our music for people who are just as excited about what we’re making as we are. We just released our sophomore album “Do You Wonder About Me?” and have also gotten really into rock climbing when we’re not on the road! As I type this we’re in the van on the way out to the woods to do some climbing out in West Virginia haha. But for real, Diet Cig has truly changed our life, starting with Over Easy! <3